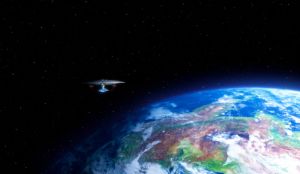 Starship in orbit of Risa 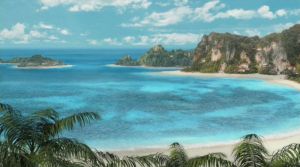 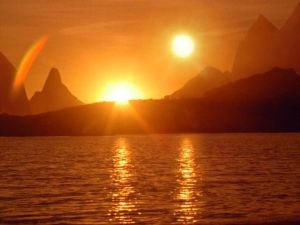 The two suns of Risa 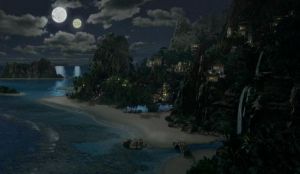 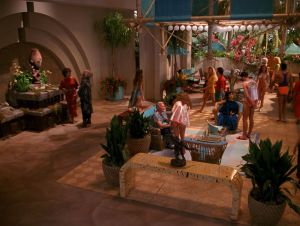 One of many resorts

Risa, known as a "pleasure planet," is an M-class planet located in a binary star system, with two moons.
It is the homeworld of the Risian people, and is a member of the Federation. Risa is located about ninety light years from Earth.

Originally a dismal, rain-soaked, and geologically unstable jungle planet, plagued by violent earthquakes, the native Risans transformed their world with a technologically sophisticated weather control network that provided nearly constantly desirable weather, and seismic regulators to eliminate the geological instability for optimum tourist comfort. Years of tectonic activity resulted in the planet's surface being fragmented into ten small continents, all about the same size, and all located around the equator.

Now known for its beautiful tropical resorts and abundance of pristine beaches, Risa has been a popular tourist destination since at least the 22nd century.

Risa relied on mostly automated systems to make the stay of their guests as simple and as pleasurable as possible. Its native species, notorious for their open sexual mores, number approximately three billion, and the planet hosts about one billion tourists at any given time.

Risa is most noted for the frank and open sexuality of its native population. Identified by a decorative emblem on their foreheads between the eyes, Risians often initiate or respond to the desire for sexual relations through the use of a small statuette called a horga'hn, the Risian symbol of sexuality or fertility. Display of a horga'hn announces that the owner wishes to participate in jamaharon, a Risan sexual rite.