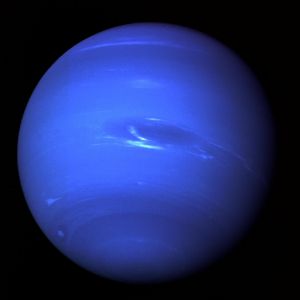 Neptune as seen from orbit

Neptune (also known as Sol VIII) is the eighth planet of the Sol system.

A gas giant class planet, Neptune was a charter member of the United Federation of Planets in 2161.

The fourth-largest planet by diameter, the third-most-massive planet, and the densest giant planet, this planet orbits the sun once every 164.8 years at an average distance of 30.1 AU.

It also has a faint and fragmented ring system (labelled commonly as "arcs").