Mark Cheney was born in Philadelphia, Pennsylvania on Stardate 15411.10 to Katie and Jethro Cheney. Live a relatively normal life until he decide to enlist in Star Fleet after high school at the age of 18 against his parents' wishes.

By the time he completed his basic training and secondary schools, the Federation had become involved in their first war with the Romulan Star Empire. He served aboard several starships during the war as a security officer. After the war, he was assigned various ship and starbase duty.

In 2378, after acheiving the rank of chief petty officer, he decided to attend Officer Candidate School. Two years later, he graduated from OCS and was promoted to the rank of ensign. After three more years of starship duty, he was promoted to lieutenant junior grade and assigned as Chief of Security of a Federation frigate at the beginning of the First General War.

When the war was over, he was promoted to lieutenant and recruited by Frank Matello to join Star Fleet's Criminal Investigations Division (CID). As a 'probie' (probationary field agent), Mark distinguished himself as a skilled and determined investigator who used very unorthodox methods to solve crimes. It was around this time that his wife filed for divorce because she thought Cheney cared more about his work than he cared about her.

In 2403, Frank Matello retired from CID and Cheney was promoted to lieutenant commander and assigned as the supervisory special agent for the Major Case Response Team (MCRT), which handles cases involving murder, terrorism, and espionage.

Academy Major(s): Security Procedures
Academy Minor(s): Criminal Justice
Hobbies and Pastimes: He likes to build models of ancient Earth sailing vessels
Short-Term Goals: Serve the Federation by protecting Star Fleet from criminals
Long-Term Goals: Eventually wants to retire in Mexico
Personality: When on a case, he never gives up. He pushes his team to the best. Often uses unorthodox methods like head-slaps or mysteriously appearing behind one of his team members when they are talking about him or something embarassing
Sense of Humor: Sometimes finds it amusing to make his senior field agent, Tommy DiLucca, feel very uncomfortable
Phobias: None
Likes: Apprehending criminals
Dislikes: Letting criminals escape justice
Pet Peeves or Gripes: He does not tolerate it when someone interrupts him during an interrogation
Bad Habits or Vices: Has the habit of appearing scaring people by mysteriously appearing right behind them or appearing in the crime lab seconds before a test result comes back
Achievements: Has several citations and commendations for his courage and skill during high-profile investigations
Disappointments: His divorce
Illnesses: None
Strengths: Hard-working, dedicated
Weaknesses: Doesn't have very much technical expertise; not good with computer systems
Fears: None
Prejudices: None
Off Duty Clothing Tastes: Polo shirt with sports jacket and slacks.
Distinguishing Features: None
Pets: None
Friends: His best friend is Frank Matello, his supervisor when he first joined CID. Frank has since retired, but they are still close 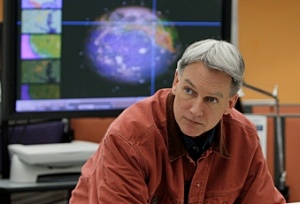 Most Painful Experience: The most painful time in his life was his divorce
Best Time: The best times in his life is when he saves someone in his job and brings criminals to justice
Most Crucial Experience: The most crucial time in his life was the first few years after he joined CID. It was during that time that he was shaped into who he is today
Role Model: His role model was, and still is, Frank Matello, his former CID supervisor