A humanoid is an intelligent, bilaterally symmetrical, bipedal lifeform, in possession of an upright posture, with two arms, two legs, hands, feet, one thorax, a neck, and a head with a brain located in it.

They are generally mammalian, and originate on Class M planets. It is common for them to have at least two sexes. Among the many humanoid species known are Andorians, Bolians, Bajorans, Klingons, Humans, and Vulcans.

Despite the vast distances separating their homeworlds, many humanoid species have been found to share a remarkable commonality in form and genetic coding.

These similarities were believed to be evidence of a common ancestry, an ancient humanoid species, who lived in the Milky Way Galaxy's distant past, some four billion years ago. 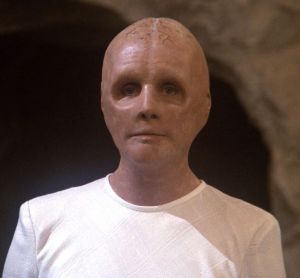