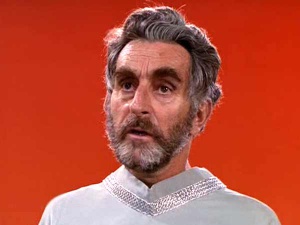 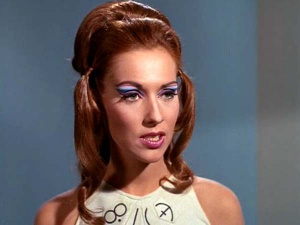 The Ardanans are humanoid natives of the planet Ardana. They are members of the Federation. Ardanans are very famous for their anti-gravitational city, named Stratos, which floats in the sky. They are also known for their export of zenite.

As of 2269, their society had evolved two castes, the Stratos city-dwellers who devoted themselves purely to art and culture, and the surface-based Troglytes.

City-dwellers ruled the planet from Stratos trough a council existing solely of their class, justyfing the total suppression of the Troglytes based on the widely held belief that as an inferiour species the Troglytes were incapable of advanced culture like there existed on Stratos.

Troglytes on the other hand were considered to be mentally inferior, and therefore performed all the physical toil necessary to maintain Stratos, most notably mining zenite. Unknown to both city-dwellers and Troglytes however, this mental disadvantage, while real, was only the result of exposure to a gas emanating from unrefined zenite, and furthermore, fully reversible.

Troglytes felt suppressed and wanted access to Stratos, and at some point a resistance group known as the Disrupters was formed, mainly under the impulse of Troglytes that had been away from exposure to the gas due to duties in Stratos. They tried to put pressure on the city-dwellers by withholding zenite and capturing hostages. When the USS Enterprise NCC-1701 visited Ardana in 2269, they had been active for several months. Due to intervening by the crew of the Enterprise, this situation was exposed to Star Fleet, and apart from a direct suggestion to start using breathing masks in mining so that the Troglytes could recover their full mental capacities, the people of Ardana were referred to the Federation Bureau of Industrialization to resolve their differences.

It is unknown how the conflict between Troglytes and city-dwellers evolved after the intervening of the Enterprise. Also, it seems strange that such a system could have existed on a Federation world in the first place, as it seems from the Federation position on the Bajoran D'jarra that caste systems were condemned by the Federation at least in the 24th century. However from the surprise and dismay when James T. Kirk found out some of the specifics of Ardanan society it might be speculated that the Federation was not fully aware of the situation at the time.

Although Plasus calls the Troglytes "a conglomerate of inferior species" at one point, it still seems both city-dwellers and Troglytes form one and the same species, as this was an essential plot-point. His quote might perhaps be atributed to the widely held belief of superiority on Stratos.