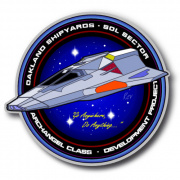 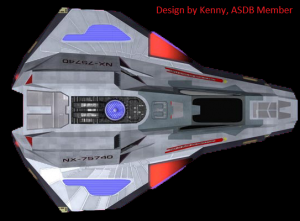 Designed and built as part of the Fleet Modernization Program to replace the Type-1 Runabout under the original codename of "Alpha Flyer" as an homage to Voyager's custom-made Runabout on which its design was based, the Archangel-class is intended to be a multi-purpose vessel along the lines of a heavy duty shuttle or Runabout. Built with pilots in mind, several senior Tactical Officers were consulted on and contributed to the design; Commanders Crystillin and Braggins were among the design staff and acted as lead test pilots following their work on the cancelled F/A-3 project, and it was Braggins herself who designed the Strike Configuration as a replacement for the ageing Type-1F Attack Craft. 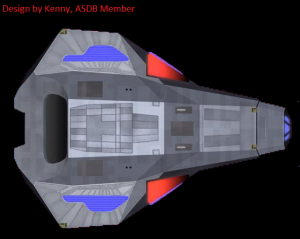 The craft incorporates many unique systems as a result of its unique design and lineage; these include pop-out impulse engine thrusters for greater sub-light speeds and a Duranium-enforced hull.

Runabouts are named at CO's discretion. Registry numbers on runabouts start with the host ship ID number, then a dash and a letter designation based on the number of craft that the host has had.

For example, the USS Artemis' Runabout's name and registry would be: USS Orion, RB-11000/A.