The 'Wallace-class Corvette is a Star Fleet starship class, of Corvette type.

Designed to rectify the shortcomings of the Cicero-class Support Escort and replace the rapidly-decommissioning Attack Fighter fleet, the design is lifted almost entirely from the 24th-century Defiant-Class Escort, but scaled down to nearly half the size and using modern materials and technologies, following the Klingon habit of basing several starships off of the eminently successful "Bird Of Prey" configuration.

Wallace-class Corvette was intended to be a multi-mission craft, with mission profiles including:

Towards these ends, the Wallace was equipped with an impressive amount of armament, but is incapable of being self sufficient for more than six months at a time without resupply. Built in batches of six, the first craft of the class were launched in early 2420. 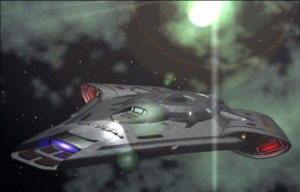 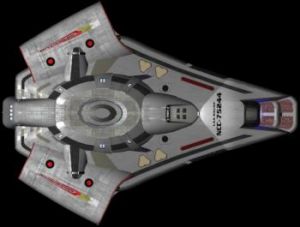