The USS Pegasus, CL-2500 is the second Starship to bear this name. She is named after the winged horse in Greek mythology. It is believed that Pegasus carried Zeus' lightning bolts in such a faithful manner that he was rewarded by being made into a constellation.

The first vessel named Pegasus was under the command of Captain Erik Pressman. The Pegasus was an Oberth Classed Vessels with the registry number NCC-53847

The USS Pegasus, CL-2500, is the latest addition to the Star Fleet. As a Light Cruiser the Pegasus is capable of multiple roles including deep-space exploration and large-scale fleet engagements.

After the end of the most recent Romulan War Star Fleet began replacing destroyed or heavily damaged vessels. Due to that the USS Pegasus was engineered. The USS Pegasus is equipped with state-of-the-art technology, the USS Zeus class vessel surprised even her designers with her abilities, able to fight even a Heavy Cruiser to a standstill while under the command of a competent tactician. More important was her speed, with a brand new Class 7 Impulse Engine and Type 8 Warp Nacelles, the Zeus-Class could race from dock to an emergency situation in half the time it took for existing vessels 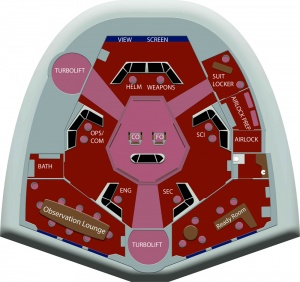 A complete crew manifest is available.

Stardate 241024.24 Telemetry detected a new system not on previous star charts. From initial analysis it turned out that this system had phased in from an alternate universe, but unlike other systems that reverted back to their universe this one stayed. And it was home to a space-faring race. The USS Nova, BB-106 was tasked with leading a Flotilla to this new system: to initiate First Contact. The USS Pegasus was apart of this flotilla and Nicholas Ristone given command. Rear Admiral Derrick Grant stepped down from command to attend other things and Rear Admiral Thomas Grayson lead the flotilla. An alien vessel greeted them to their homeworld, where they offered for a First Contact meeting. The USS Philadelphia arrived late to the peace talks. After the talks began a probe launched from the planet attached to their space station sending out a pulse that unknowingly to the native Gondwanans. This pulse knocked out all electronic systems on the Nova which had to evacuate. When a marine ship full of the Gondwanans outcasts: the Neos, requested asylum and Nicholas Ristone granted it aboard the USS Pegasus, the Gondwanans’ government became hostile. Thankfully Star Fleet officers were able to leave peacefully. In the end it turned out that the Neos were forcefully genetically altered, but Star Fleet could do nothing as the system finally reverted back into its universe.

Stardate 241101.01 The USS Pegasus along with the USS: USS Philadelphia, FF-6053, USS Nova, BB-106, Sheridan, and Ticonderoga were deployed to the Carrayan system after receiving a planet wide distress call. The Pegasus was ordered to act as a recon unit discovering that Klingons were attempting to invade the planet. While conducting scans, the ship was attacked by an unknown Klingon device which took communications, sensors, and shielding offline leaving the Pegasus ready to board. In an attempt to free themselves the vessel activated saucer separation. CO Nicholas Ristone was knocked unconcious while mechanically enhanced Klingons boarded both sections. Lieutenant Scott was able to negate the effects of the Klingon device finally and the invaders were repelled from the ship. The Engineering section under the Command of Commander Ristone and Commander Tyra Crawford faried a Ticonderoga security team to the planet, while the saucer section under Lieutenant Commander Azernal Rin worked on repairing saucer connection abilities. Finally they reconnected the ship and scanned the wreckage of a USS Lejeune, before being forced to leave the system by the Carrayan government.

Stardate 241201.01 Upon discovering the Dalmatia Region, the USS Pegasus was assigned to observe a planet: Weyden. The planet turned out to have advanced beings living upon it and Lieutenant Commander Azernal Rin assembled a First Contact team beaming down to the planet. Meanwhile the ship had to deal with power failure and gravity failure due to the planet’s advanced sensor net scanning and copy all of their files. The away team could only stay for several minutes meeting the planet’s delegate before being overcome with fatigue and having to be beamed back to the USS Pegasus which quickly recovered. Medical teams uncovered that the away team had been infected with a micro-organism. The next day they were allowed to return to the surface where they felt fine. The Snainoci offered Azernal Rin to look through a piece of technology that could show him any planet, and Azernal picked Bajor. However, at this time Bajor had been destroyed by the Krynar Inquisition. Upon discovering this the away team returned to the ship. When Captain Ryan Cooper refused to go to Bajor the away team mutinied under the duress of the Snainoci installed micro-organisms. The rest of the crew raided the bridge after coming up with a plan. They were two casualties including that of Captain Ryan Cooper. The raid, however, was successful and the Pegasus was escorted back to starbase.

After a drill was scheduled to steal the USS Chin’toka, CA-1375, the USS Pegasus, USS Philadelphia, FF-6053, USS Yeager, SC-8018 and USS James Madison, ES-17877 were scrambled to chase after it. Commander Tyra Crawford at this time was Acting-CO and lead the USS Pegasus in the chase.

The crew’s shoreleave was cut short when Federation Ambassador Sanor needed to be brought swiftly to a diplomatic meeting as quickly as possible. Two days into the three day journey the crew picked up a Federation distress signal. As they were ahead of time Captain Tokat diverted to investigate. The distress signal turned out to be a fifty-year missing USS Gryphon. An away team beamed over and quickly found out that a subspace rift near the bridge had caused its crew’s disappearance. The away team was caught in individual nightmares by the semi-living rift. Ensign Acenvar Crystillin was the first to recover and had to help Ensign Anthony Moriarty out of it. Midshipman Serran Zan was tasked with finding a shuttle and getting it running, while Lieutenant Powell, Dick and Commander Edward Gregg were to check the warp core. Tension grew between the Lieutenant and Commander which turned physical. Ensign Crystillin was able to establish communications ship wide and back with the USS Pegasus. Finally they decided that it was too risky to leave the ship in open space for more people to get trapped by the rift, the self-destruct was activated and Serran Zan fly the fifty-year old shuttle back to the Pegasus.

Under Captain Derrick Grant the vessel was assigned to escort a flotilla to the Gamma Quadrant by way of transwarp gate. Upon arriving they detected a strange power signature at a nearby system. Intrigued they investigated. An away team containing both the CO and FO, Zan, Serran were beamed down to the surface leaving Lieutenant Commander Acenvar Crystillin in charge. In addtion to the two commanding officers, the away team was composed of the Chief of Security Gaglardi, Wren, Chief Science Officer Edward Gregg and Chief Engineering Officer Nator 159. Soon after they were beamed down the vessel was trapped in a viral stream of data causing them to lose shields and communications as well as forcing transports. In a last ditch effort to say the ship the Acting CO put the ship into Grey Mode which for the most part worked. The situation on the surface was interesting as the away team seemed to confirm it was a Dominion base, however they found an unknown species carcass. Shipbound was even stranger. Captain Grant had appeared on the bridge along with Oberon, V'asillia appearing in the ready room. Shipwide there were reports of people seeing each other fighting, hull integrity dropping as certain crewmembers were killed and turned into an acidic goop. The away team too received one Lieutenant Junior Grade Von Brandt, Aethelwulf, who was not part of the away team, nor in an EVA suit. They away team continued to investigate finding a violent alien species. They were mindless. The USS Pegasus meantime learned that a vessel was inbound, Acenvar Crystillin's clone boarded a shuttle and stopped a section of the vessel from colliding with the Pegasus—that piece was set up to be a matter.anti-matter bomb. Crystillin Prime upon regaining power beamed the away team back to the ship were Grant Prime-Pegasus killed Clone Grant, and Wren Gaglardi wrestled for control of the ship. The Pegasus was able to escort the flotilla back to the Beta Quadrant with little internal harm done.