The Avenger-class Heavy Cruiser is a Star Fleet starship class, of cruiser type in use from 2413.

As tensions between the Federation and Romulan Star Empire mounted, Star Fleet identified a strategic weakness in the fleet deployments. Fearless-class cruisers would be outgunned by the larger Romulan Warbirds, and would have to attack in groups in order to overwhelm their defenses. To counter this weakness, Star Fleet Command authorised the refit of heavy cruisers with more efficient systems and heavier weaponry. The nacelles were replaced; configured in a way to streamline the ship better and cope with a secondary warp core. Ablative armor was added to the hull plating, and a stealth unit was installed to make the ship harder to detect an acquire with sensors.

Due to the immense cost and time required to refit the vessels, only three vessels - the USS Avenger, BC-1500, USS Dauntless, and USS Gettysburg ever received the upgrade. However, instead of having the upgrades removed in order to restore the vessels to their original configuration, Star Fleet left the upgrades in place so that if needed, the battle cruisers would once again bring their heavy firepower to bear against an enemy.

During the year 2413, between Star Dates 21302.28 and 21309.01 all Avenger Class Battle Cruisers were renamed with the CA- designation, and all Fearless Class Heavy Cruisers were refit to match the specifications of the previous BC class.

From 2418, Avengers began to be withdrawn from front-line service, especially service beyond Federation borders. Though still a common site within Federation Space, the number of Avengers will only get smaller as more Beckett, Vesta and Merian class vessels commission. 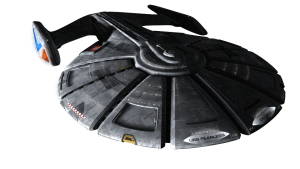 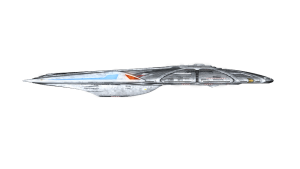 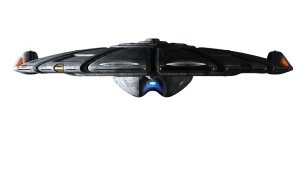