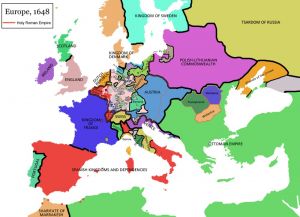 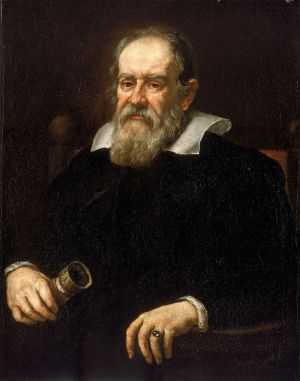 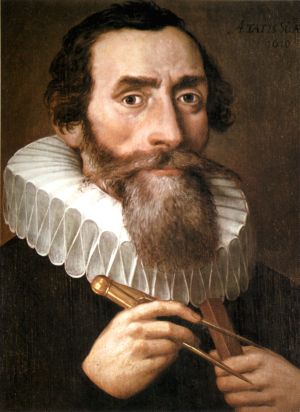 Johannes Kepler, a German astronomer, mathematician, astrologer, natural philosopher and music composer. He was a key figure in the 17th-century Scientific Revolution, best known for his laws of planetary motion.

The 17th century lasted from January 1, 1601 to December 31, 1700. It falls into what is considered the "Early Modern period" of Europe, characterized by the Baroque cultural movement, the latter part of the Spanish Golden Age, the Dutch Golden Age, the French Grand Siècle dominated by Louis XIV, and the Scientific Revolution.

From the middle decades of the 17th century, European politics were dominated by the Kingdom of France, where royal power was solidified in the civil war of the Fronde. The territorial French nobility was weakened and subjugated to the power of an absolute monarchy. With domestic peace assured, Louis XIV caused the borders of France to be expanded. It was during this century that the English monarch became a symbolic figurehead and Parliament was the dominant force in government.

By the end of this century, Europeans were aware of logarithms, electricity, the telescope and microscope, calculus, universal gravitation, Newton's Laws of Motion, air pressure and calculating machines due to the work of the first scientists of the Scientific Revolution, including Galileo Galilei, Johannes Kepler, René Descartes, Pierre Fermat, Blaise Pascal, Robert Boyle, Christiaan Huygens, Antonie van Leeuwenhoek, Robert Hooke, Isaac Newton, and Gottfried Wilhelm Leibniz. It was also a period of development of culture in general (especially theater, music, visual arts and philosophy).

Inventions and Discoveries (on Earth)